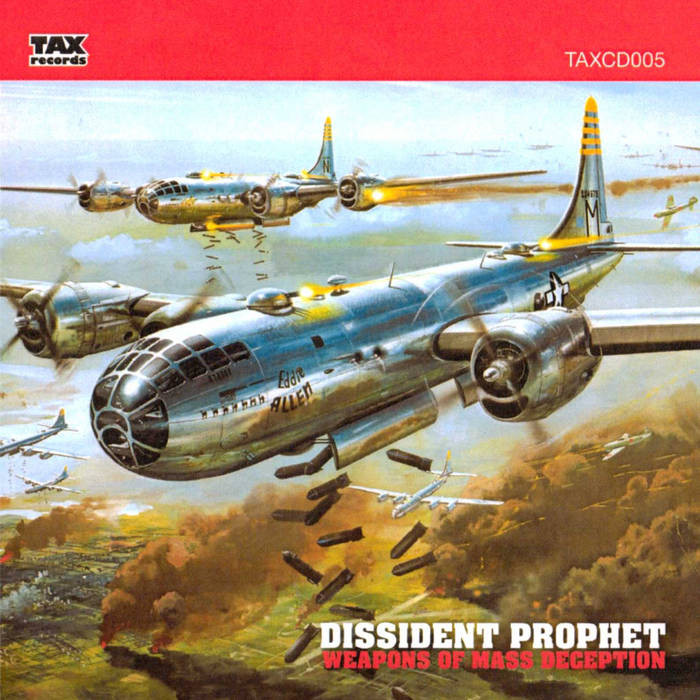 Listen to Andy's interviews with Julian Charles at The Mind Renewed, Natalina at Beyond Extraordinary and Garth Kennedy on Future Quake Southern Hemisphere

Good to see the band, fronted by Andy Jennings, who for awhile used the Maccabees moniker back with a new album. 'Weapons Of Mass Deception' has a late '70s/'80s rock feel to it. By which I don't mean heavy gated reverb, electro-pop drums or even bad hairdos. It's more in the song structure, the riffs, the vocals ("Fire" being sung "Feye-urr"), the guitar sounds. The opening song ("Like Lightning") has an acoustic opening that sounds very "Stuck In The Middle With You". Production-wise, it's far more up to date in its crispness and clarity which allows the songs to shine. "Get Up" is pop-punk (1970s not 1990s), with its Buzzcocks intro and riff, Blondie guitar work and Spizz/Devo vocal inflections. I could go on - it's fun spotting the influences: Lou Reed, Jonathan Rickman, Space, Morricone, T Rex, INXS. That said, it's not a pastiche - it's very coherent and is brilliantly done and "Be Serious" is one of the catchiest tracks you'll hear on the radio this year (at least Cross Rhythms radio). If you haven't heard it yet, it features a Lou Reed-style vocal and some whistling (I lie not). All in all, this is one of the most enjoyable albums I've heard for a while. I'll be playing this one again, that's for sure.