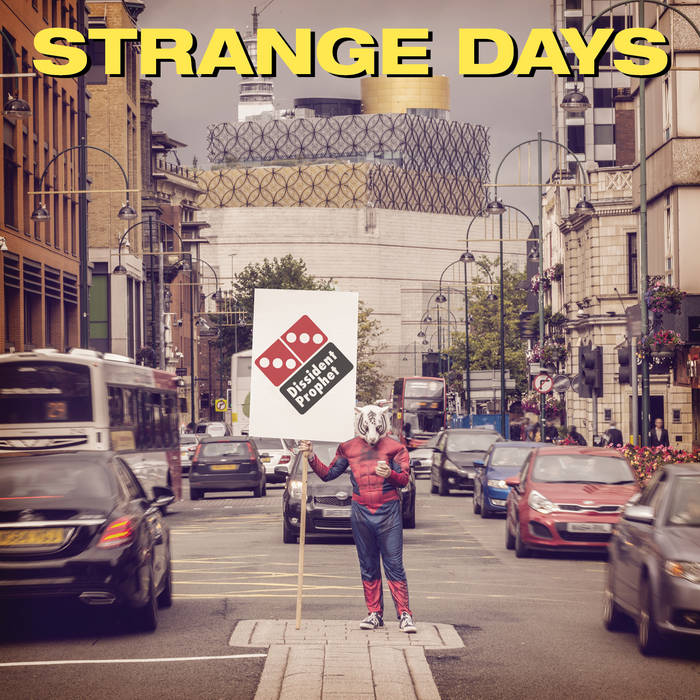 Cameron L Great album, though it is a bit darker in tone than what I usually listen to (similar to Red Moon Rising in this respect). Engaging and diverse sounds/instrumentation throughout the album. Moreover (and most importantly), the lyrics are incredible. Favorite track: Wait For The City.

Self-styled Christian �apocalyptic indie outfit DISSIDENT PROPHET return with Strange Days, the title track opener finding them in almost Journey mode with its 80s keyboards sound, big chords and soaring chorus, a sound that tumbles over into Shadowlands before Wait For The City introduces some swirling Eastern colours and a touch of spaghetti western guitars. Regardless of whether you subscribe to their beliefs and philosophies, musically this is probably their most accessible and best album yet, loaded up with muscular guitars, jubilant keyboards, nagging riffs and big catchy melodies as well as more snarly, fuzzed up heavy moments like Matador that comes with that guitar moment from Starman before it launches into the chorus balanced by softer offerings such as the initially acoustic Everybody Knows with what sounds like birdsong in the background.
Church bells peal out to introduce the warmly sung chugging pop of Good Men Gone while Only One Name has a summery blessed vibe and, earning some overdue promotion, the junkie-themed Major Pepper lyrically references Neil Young’s The Needle and the Damage Done. Closing with the double punch of the swelling anthemic Run To The Mountains and the moodier, mazurka-tinged Where Are You Going? this really does deserve exposure far beyond their Christian niche market.